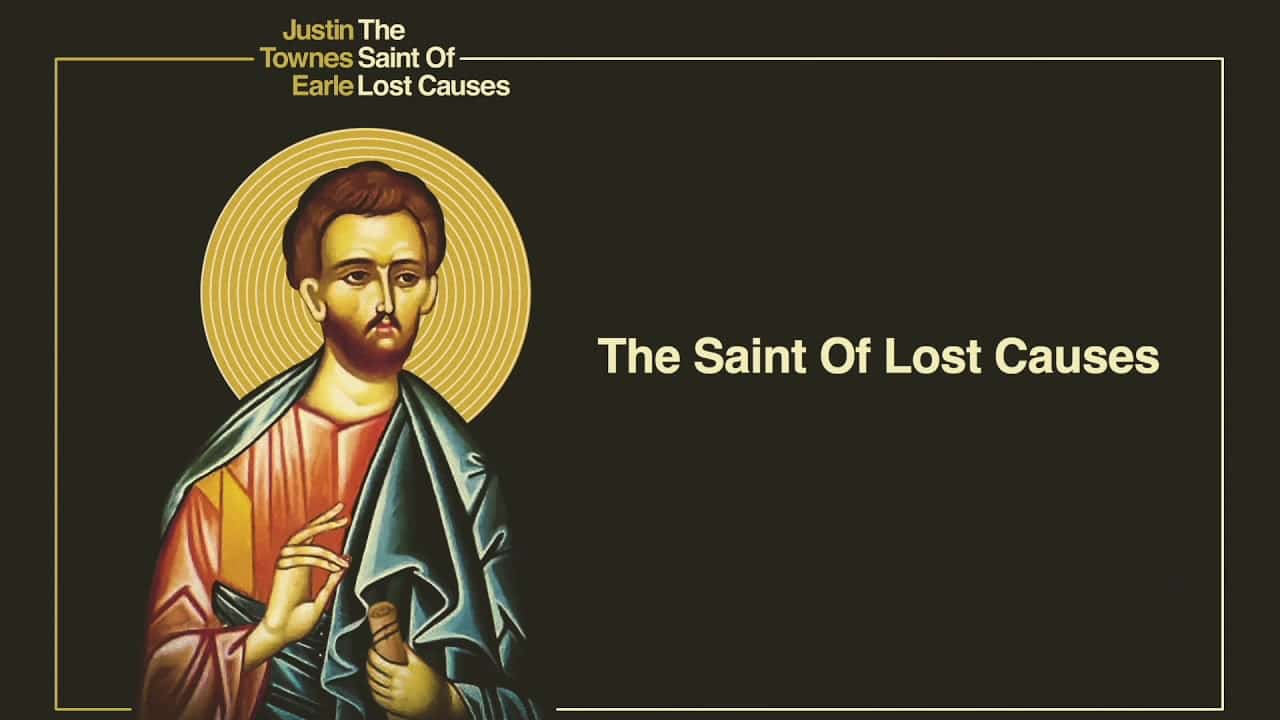 The Saint of Lost Causes Lyrics

I am a bad dream
I am not a nightmare
I am too pretty for that
Let’s just say I am the last thing
You wanna see coming
I am the reason they say watch your back
For so long, I was like a wounded hound
Backed into a chainlink fence

The world at large was just a big, mean kid
Poking me through the fence with a stick
Ain’t nobody going back
It takes a whole lotta hurt
Therein lies one of life’s biggest lessons
Ain’t got nothin’ to do with deserve
Just pray to the Saint of Lost Causes

Now it’s a cruel world
But it ain’t hard to understand
You got your sheep, got your shepherds
Got your wolves amongst men
It can be hard to tell
You might find a wolf in shepherd’s clothes
And now and then you’re gonna find sheep
Hidden amongst all those troubled souls
You know the folks that’s most afraid of the wolf
If you really stop and think
Throughout time…
Between a wolf and a shepherd

Who do you think has killed more sheep?
Nah, there’s nothing can be done
It’s just the way it goes
First you get bad, then you get mean
Then there’s nothing left but to grow cold
And pray to the Saint of Lost Causes

Some will say I have got no feeling
No heart, and surely no shame
Truth is that this has been with me so long
That I, I must admit I kinda like the pain

How many encounters do you ever have?
Better yet.. how many wolves you ever seen?
You got about as much chance of seeing one of them
As you do running into me
Still take nothing for granted
Might live on the best block in Beverly Hills
Be sure you lock up tight at night
‘Cause you know poor folks ain’t got nothing to steal
Just pray to the Saint of Lost Causes

Hope you liked The Saint of Lost Causes lyrics posted above. We have taken utmost care to provide you with the correct lyrics of the song, however, if you find any corrections or have any comments or suggestions, please do let us know in the comments below.

You can play the music video above to sing along with the lyrics of The Saint of Lost Causes. If you wish you can also listen to this song on YouTube.

All contents provided on this website are meant for EDUCATIONAL PURPOSE only. We DO NOT support, encourage, or seek to engage in copyright infringement or piracy in any way. Please support the artists by buying the original content from authenticated sources.